The Far West Region of NSW encompasses the semi-arid lands of western NSW and is known for the Barrier Ranges, and the Darling River which flows through western NSW to join the Murray River at Wentworth. The Far West embodies the dream of the Great Australian Outback with wide open spaces, untouched natural beauty, spectacular National Parks, red desert and rolling sand dunes, the mighty Darling River, rich Indigenous culture and history and an abundance of wildlife.

Local attractions include Mutawintji National Park which is home to 30,000-year-old Indigenous rock carvings, unique White Cliffs underground opal mines, the historical ghost town of Silverton and an ecclectic collection of galleries and current and past artists including ‘Brushmen of the Bush’: Pro Hart, Eric Minchin, Jack Absalom, John Pickup and Hugh Shulz.

The region was first settled in the 1840’s with Broken Hill founded in 1883 following the discovery of silver and lead deposits and the formation of BHP. The far west region has historically been the mineral powerhouse of the State. It also contains some of the State’s most flourishing agricultural enterprises and large stretches of the world-famous outback. There is a strong mining industry, historically centered in Broken Hill, with significant new prospects for expansion within the region. The far west has a strong economy based on mining, agriculture, film, the arts and tourism. The Far West is rich in promise, boasting mineral wealth and climatic conditions that give this region a unique competitive advantage in many industry sectors. Our focus is on fostering economic diversity and creating opportunities for local communities. We are developing and harnessing relationships with our Aboriginal communities, delivering effective coordinated services and promising sustainability in the management of our resources.

Bordering Queensland and South Australia, the far west region of NSW is the most sparsely populated in the State, with 18.4 per cent of its area, but only 0.4 per cent of the population. The region comprises of 2 Local Government (LGA) areas, Broken Hill City and Central Darling Shire, and along with the unincorporated area of NSW covers an area of approx. 147,000 sq. km.

Our enviable lifestyle centers around long hot summers ‘up the river’ at nearby Menindee, motorbike riding, fishing, cricket and socializing, which we do well!  Our crisp winters come with footy and their staunch supporters, soccer all weekend, star gazing the clear winter skies, bush walking and tourist season!  With affordable real estate, laid back living and a growing and diversifying economy, the Far West Region is the perfect place to work and live. 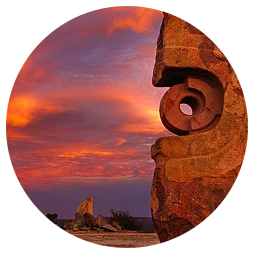 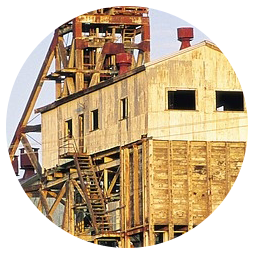